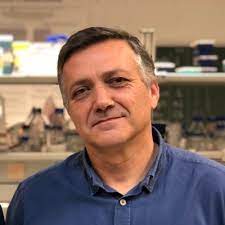 The new ENACH BPAN WDR45 Research Project was presented to the
families of the ENACH Association affected by this pathology. In a separate session, the
Project was also presented to BPAN WDR45 families from various countries, some of which have
already advanced their incorporation into the Project.
On July 31 of this year, the collaboration agreement with the research group to which ENACH
Association , as promoter, had commissioned a specific line for BPAN 3 years earlier ,
concluded .
As a continuity solution to our BPAN WDR45 families, last October, we took a new path with the
Research Group that has designed ENACH BPAN WDR45 , a project already approved by ENACH
Association and which begins at the beginning of the year. He is Carlos Santos Ocaña ,
researcher at the Andalusian Center for Developmental Biology (CABD-CSIC-UPO), Unit 729
of the Center for Networked Biomedical Research in Rare Diseases (CIBERER), and professor
at the Pablo de Olavide University of Seville, (UPO). Professor Santos is already working on an
ENACH pathology (PKAN) in collaboration with another research group in the USA.

The objective of ENACH BPAN WDR45 , integrated in the ENACH Synergy Platform , is the one that we
have always maintained: The identification of already existing drugs that could potentially be a
therapeutic option for BPAN patients.
The work will start from the Crispr gene editing of the WDR45 gene in neurons and selective
and highly targeted drug screening will be carried out on these cell models.

The execution time of the Project is 1 year , after which, if there are positive results, given its
translational nature, the results will be presented to the neurologists of the patients for their
evaluation and subsequent application to those affected, if applicable