Skip to content
The recent lies and defamations by Susan Hayflick last June 1 at the NBIA Family Conference held in Charleston have their origin in the recently initiated BRAINCURE for BPAN WDR45 project, project initiative of a group of families that have organized among themselves to start a research line that is aimed at trying to find solutions to try to avoid the “BPAN WARRIORS” of this generation from surviving on the “battlefield”.
The families that launched BRAINCURE for BPAN WDR45 are from the USA (several families) Colombia, France, Mexico, Hungary, Brazil and Spain and have issued a statement that explains itself with a denial of the accusations made at that Conference as well as , later, to the NBIA International medical / scientific community through the network of the old TIRCON. 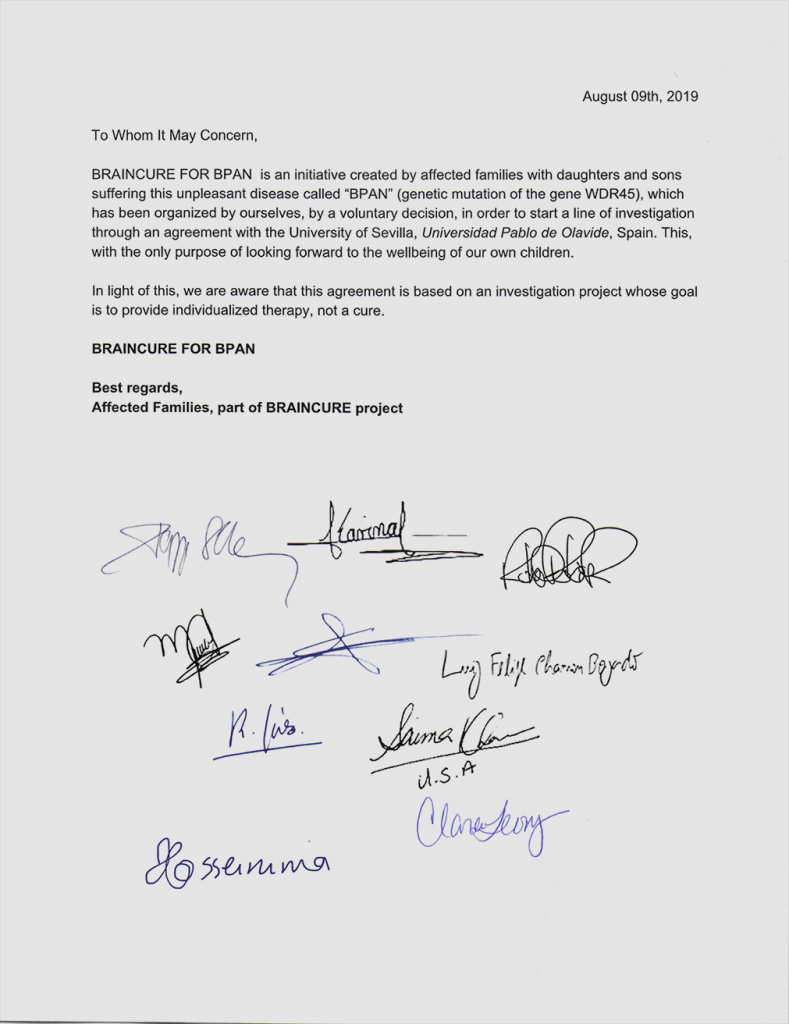